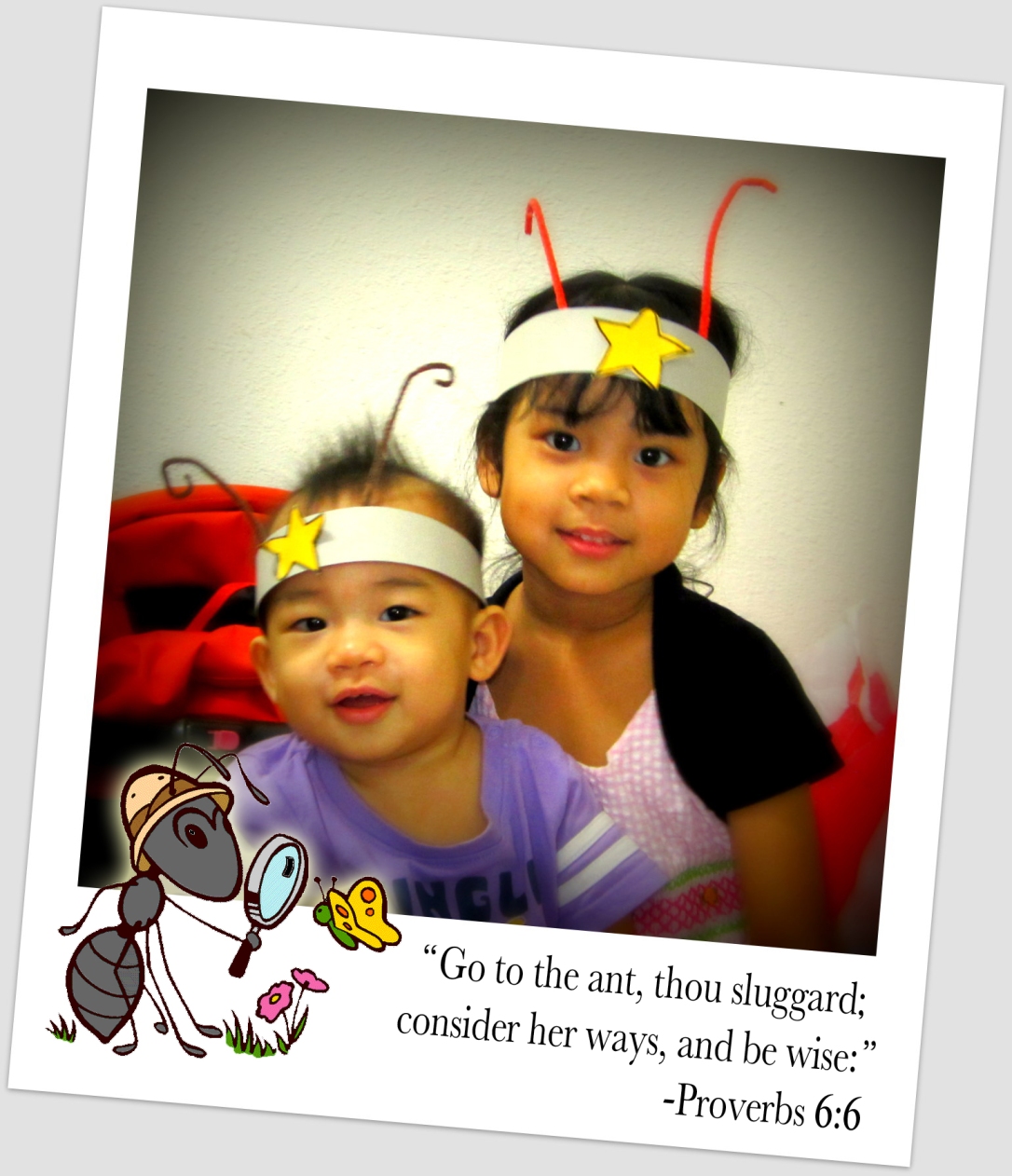 We did “Bug Studies” using lessons from Danielle’s place a couple of years ago for Kids Church and the children had a lot of fun with the crafts. For the “Consider the Ants” lesson, making ants using fingerprints was an activity even our group of mostly toddlers were able to do quite easily.

Truly God made such amazing creatures big and small. Now that I’m learning about creation theories, I’ve begun to realize how incredibly unrealistic the evolution theory really is. To believe that the universe just happened and life just randomly began with single-celled creatures randomly finding a way to become an even greater number of random creatures, from ants and bees to x-ray fishes and elephants, from platypuses and flamingos to bats and iguanas, from snakes to camels and dolphins and lions, from humans who are Chinese to Americans and Arabs and Indians… the list goes on.

The Bible tells us how the world was created. There are a number of good theories which make an effort to reconcile what we know now with what the bible tells us. And this brings me to my question: How do you teach creation to your kids?

photocredit: (for the ant) http://mikesfrequency-raw.blogspot.com/2010/10/ant-told-me-this.html

2 thoughts on “Consider the Ants…”

As a homeschooling family, we try our best to seek real world experiences for our children. It was about a year ago when I reached out to Antonius Malem Barus to ask about the possibility of Allyra joining the Work-To-Learn program they are offering at Krya. He eventually reached out to us in time for […]